Steve Rodgers was the winner of the first prize of our Big Swim competition at the beginning of the year, guessing the closest time John Shackleton would be in the water for in his attempt to swim the Cook Strait. Steve has now returned from his trip in Fiji and here’s a note from him: 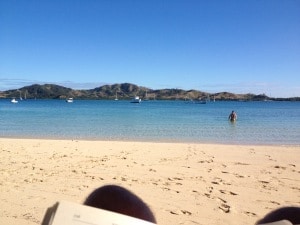 “We have now returned from our wonderful holiday to Fiji thanks to the prize we won through the Children’s Autism Foundation and John Shackleton’s Cook Strait swim.

Due to a late change of plans we ended up on Plantation Island instead of Mana Island and I can quite honestly say that we had the most relaxing holiday ever.

Together with some friends (another couple that we convinced to come with us and leave their 4 kids behind), our days consisted of breakfast, lying on the beach immersing ourselves in good books, swimming then off to dinner and a few drinks – it doesn’t get better!!

I would like to sincerely thank the Childrens Autism Foundation, John Shackleton, Air New Zealand, and Bon Voyage Travel for a very memorable and relaxing time. 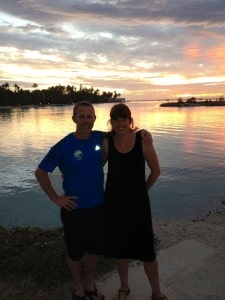 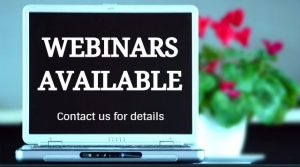